Hudson Helper for Android has been updated. New in this version: 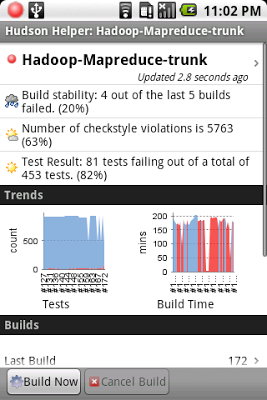 Thanks to Jim Hague who assisted with providing an environment for testing untrusted SSL certificates.